Tusheti, the most beautiful part of Georgia, is located on the northern slope of the main ridge of the Eastern Caucasus. It is bordered by Chechnya to the north, Dagestan to the east, Pshav Khevsureti to the west and Kakheti to the south. Tusheti National Park includes the Tusheti State Reserve and is rich in alpine meadows, glaciers, river headwaters, pristine forests and peaks, including the mount Tebulos (4492m) and  mount Diklo (4285m) as well as many 3,000m peaks. National Park of Tusheti includes the villages of Omalo, Diklo, Khiso, Girevi, Parsma, Shenako, and other vill. located at an average altitude of 1900-2400 m above sea level.

Omalo, which is considered to be the center of Tusheti, is noteworthy and  It is included in the  UNESCO World Heritage Sites tentative list. These villages are famous for their stone houses and towers. It is noteworthy that the houses are built of dry piles of stone. Bochorna (2345m), located in the Gometsri Valley, is recognized as the highest village in Europe.

You can get to Tusheti from Tbilisi by car, which goes through Akhmeta via Kakheti and passes through the Abano Pass (3000 m) to Omalo. This section of Tusheti road is considered to be one of the most difficult and beautiful roads. Although its length is 70 km Tusheti  road is one of the most dangerous. . Tusheti road is closed for 7-8 months of the year due to heavy snow and it only opens in mid-June. Getting to Tusheti during this period is possible only by helicopter. The Tusheti Khevsureti tour we offer starts from Omalo and passes through Atsunta Pass (3431m) which is located at the head of Tusheti and Khevsureti.

Shatili is the center of Khevsurti Pirikita. It is a unique architectural monument which is a castle town built of dry stone. It is a village built on a terrace which is both residential and a castle and also is included in the tentative list of UNESCO protected areas. We’ll visit the unique fortress of Mutso which has been empty of inhabitants for more than a century.

Shatili is the last point from where we will travel to Tbilisi via Datvijvari Pass and Zhinvali Reservoir.

Meet in Tbilisi international airport and transfer to the hotel in center 10 min to walk downtown.

To Omalo via Abano pass

Early breakfast at about 7 am. then we’ll meet and drive to Tusheti region in Omalo 1880 via Kakheti. The way takes about 6 – 7 hours and cross Abano pass 3431 m.a.s.l. Tusheti road is one of the beautiful and also difficult road in the world . Overnight in guest house in Omalo

Our guides will prepare breakfast and after we’ll hike from Dartlo to vil. Chesho and Parsma and than walk to Girevi 2100m. hiking 4 – 5 hours. Night in tents.

From Kvakhidi , after breakfast we will start our hiking towards the camp site which is located on the Khoditan ridge at 2800 meters above sea level. This day of the tour is one of the most difficult because we’ll have to move to Khevsureti via Atsunta Pass which is located at an altitude of 3431 meters. Although we have to walk for 7 hours this day is one of the most memorable with its beautiful views. Sleep in tents.

After breakfast wi’ll pack our luggage and camp and then start hikking to Ardoti and Mutso. Here our driver pick up us and transfer to Shatili. 7 hour hiking. Overnight guesthouse in Shatili .

In Shatili we will have time to explore this beautiful castle town after , In the afternoon we’ll drive from Khevsureti via Datvijvari Pass to Tiflis. On the way we will stop for dinner and taste Georgian traditional food (4 hour Driving) Overnight at hotel (same hotel)

In the morning, after breakfast our driver will take you/your group from the hotel to airport

Tusheti Khevsureti price does not includes 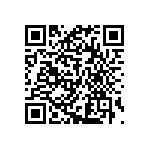