There are many places in Georgia for ski touring, backcountry skiing and freeriding, though the most attractive and beautiful skiing resorts are Gudauri and Kazbek region. It is the place for our guests where you can ski touring ,freeride or backcountry skiing every day. The high mountainous area where there are 3300m and higher mountains and steep slopes like Lomisa, Dedaena, Narovani, Khada gorge, Meliona, Bidara and Kobi valley, you will have a chance to pass 900-1200 vertical meters and fine powder and safe slopes.

We think Ski touring in Gudauri is the right choice for experienced ski touring lovers and for the amateurs as well because the environment of the Resort gives you the opportunity to enjoy it.

The suggested ski touring program in we organize in Gudauri region. Gudauri is a ski resort, very close to the capital of the country. The way from Tbilisi to Gudauri takes about 2 hours. We also will have trips in the Kazbegi region.

The best time for ski touring in Gudauri area

This ski touring program in Gudauri is possible to do from January till the end of April.

During the tour, we will make 800-1400 vertical meter ascent per day

Program for ski touring in Gudauri

Arrival in Tbilisi. Meet in Airport and Transfer to Gudauri Ski resort. Approximately 2 hours. Meet with guide and briefing about the tour and our plans. Overnight in Hotel in Gudauri (2000 m).

After breakfast, we will ski using ski lifts on offpist on Mt Sadzele (3300 m) Mt Kudebi and also we will have short ski touring mountt Bidara and mount Chrdili . Return to the  hotel.

Skitour Lomisa1  After breakfast we will drive about 15 min and  Start ski touring at 1300m. On the summit ( 2180m) There is a monastery if Lomisa we will rest and thanks ski down to the valley and drive to Resort. Overnight in hotel

Ski touring Dedaena area. We will drive to Jvari pass and start walking at about 2395 m. We will reach to Summit Dedaena and than ski down to pass (Start at 2300m. Top 3400m). After ski tour transfer to Tbilisi. (170 km) . Night in the Hotel (Tbilisi) 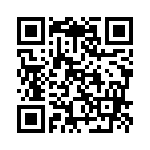