Mountain Tetnuldi is located in Svaneti region among the mountains range of Caucasus. It’s wildness atmosphere, extraordinary nature and friendly community are among the mandatory characteristics of the place. Probably, that’s the reason why thousands of people take the tour mentioned above while being nearby. Don’t forget that the vast majority if you will need some to get used to the environment, including temperature and humidity.

Additionally, the groups of people who are in love with long term hiking should enjoy literally every second of the trip. We should as well mention the fact that you will be guided with the most experienced climbing expert, who will be in charge of getting you to the scheduled destinations. Snow-covered fields along with ice routes are waiting for the guests like you so hurry up and claim the desired place as soon as it is possible.It’s the only chance of experiencing the truth.

Mount Tetnuldi, is one of the beautiful peaks of the Caucasus. The top rises in Svaneti, one of the most picturesque regions of Georgia. Svaneti is the highest inhabited area in the Caucasus. Four of the ten highest peaks of the Caucasus are located in the region. Perpetual snow covers the summit above elevations of 3,000 m. Tetnuldi is a significant centre of glaciations; the Tsaner, the Adishi. The route first was passed in 1887 by Duglas Freshfield.

About Guides for Mount Tetnuldi

In Georgia, we do not have a law about guides quantity on the mountain and quite often tourist, because of make price lower they try to use fewer guides than it needed.  Sometimes they can found such offer and because of this on Tetnuldi are more fatal results than every each year. Our group is staffed with acting and professional climbers and certified guides. For us safety is on the first place so we have one guide for two tourists. Because of this, tourists and guides are uniformly protected. In other case, the route is dangerous.

From 4300 meters until Tetnuldi peak the way goes on the ridge, where often are cornices. Also on the way often, there is ice instead of snow cover, which technically makes quite difficulties on the way, and the group members should climb with fixed ropes and using ice screws. If the group has, fewer guides than it is necessary climbing instead of the 12-hour group can move 24 hours and more. All the ridge (and not only) is quite steep.If the guide will have more than two people in rope, it is a minimal chance to catch tourist.

We do not want to scare you, but it is true, and if you have the proper equipment and correct guide ratio, everything will be fine. We strictly recommend you to demand other tour agencies one guide for two tourists. In another case, you will put yourself in danger.

Itinerary for the ascent of Tetnuldi Mountain

Meeting with team. At 17:00 you will meet all members of the group and guides. We will Check equipment and we will have briefing connected with  mount Tetnuldi tour. We will explain all tour details day by day. Also, we will answer all your questions. You will be able to take all equipment what you will book earlier. Meeting address:  37A Merab Kostava Str.

Tbilisi – Kutaisi – Mestia. At the morning we will meet in the center of Tbilisiand and we will drive to Mestia (Svaneti region). Dinner along the road (From Tbilisi  road with length of 480 km of  7-8 hours and from Kutaisi 250 km and 4-5 hour)  Overnight in Guest House. Meeting address: 37A Merab Kostava Str. 37A Merab Kostava Str. (B / L / D)

Acclimatization day. This day we will walk till 4000m and we will organize training; How to walk in rope, how to use ice axe etc. Overnight in tents.(B / L / D)

Mount Tentnuldi summmit day . Climb on summit and return to the camp at 3700. At 3 AM we will start climbing. Till  Tetnuldi summit and back we will need about 12 hour.   night in tents (B / L / D)

The Minimum Number Of Members Of The Group Is 4

Meet in  Tbilisi or Kutaisi airport and trasfer to the hotel*** in city center.

Acclimatization day. This day we will walk till 4000m and we will organize training; How to walk in rope, how to use ice axe etc. Overnight in tents.(B / L / D)

Mountain Tetnuldi Summmit day. Climb on summit and return to the camp at 3700. At 3 AM we will start climbing. Tilll summit and back we will need about 12 hour.   night in tents (B / L / D)

Airport transfers
All transportation during the tour.
2 Nights in Tbilisi or  Kutaisi  in the hotel (Include Breakfast)
2 Nights in Mestia in Guest house (Include Breakfast, Lunch, Dinner)
4 Nights in tents in the mountains (Include Breakfast, Lunch, Dinner)
English speaking mountain guide (Ratio 1:2) during the tour.
General Equipment (Rope, Ice screws) (Note: Private equipmend (Ice axe; harness; carabines; helmet; crampons etc.) does not include in the price)   *** Note: Price can be changed, depend your fly schedule.
Note: In case do not use reserve days you should pay extra for one more night in Tbilisi; per person 30 Euro
all general equipment, food, gas etc., will be sheared between all group members and guides from 2900 till 3700 and back. Because there is no possible  to bring horse to the camp because of no road for horse 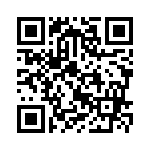